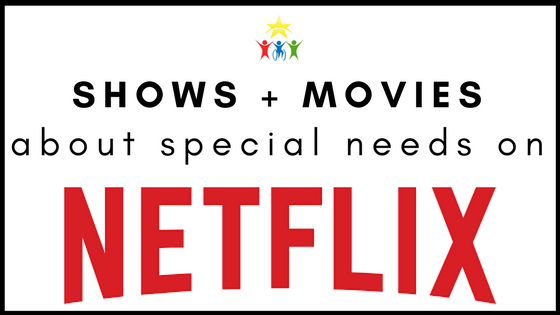 Everyone has a Netflix account, and if they don’t, they’re mooching Netflix from someone else. So, we decided to make a list of films and shows that focus on special needs.We organized the shows and films on Netflix by the special need represented within it, including Autism, stroke victims, cerebral palsy, physical disabilities and blindness. If we missed any shows or movies, feel free to comment below.

Netflix changes out its content from time to time, so if you are reading this post past February 2018, this list may not be up-to-date. However, if it is a Netflix original it will be there. We’re also very surprised at the amount of features we found working on this post. When we started we expected to find around 5, but we found an astounding 18.

To read more about Autism, check out our Autism page on our site.

Maturity Rating: NR, though contains drug and alcohol use, strong allusion to sexual conduct, some nudity and physical violence.

Synopsis: "Bad Hurt chronicles a family's hopeful battle to stay together as personal demons and destructive secrets threaten to rip them apart."

The film is transcribed from Mark Kremble’s play Bad Hurt on Cedar Street, where he wrote of his own intellectually disabled sister. This movie is a tearjerker so have tissues ready.

Synopsis: "Autism in Love follows the story of four adults with Autism Spectrum Disorder as they search for and manage romantic relationships."

This beautiful documentary focuses on adults with Autism in their mission to find love and understand what it means. It will make you question your own definition of love. Love and relationships are something that everyone struggles with, but for those who struggle with communicating with others, it can be a battle.

Synopsis: "Sam, an 18-year-old on the Autism spectrum, decides it's time to find a girlfriend, a journey that sets Sam's mom on her own life-changing path as her son seeks more independence."

Riding off of Autism in Love, this Netflix original is a series that enables neurotypical people to better understand those with atypical thinking. Though it is marketed as a comedy (and is extremely funny), romance and family drama ensue. It's a hard show not to binge.

BBC just has a special je ne sais pas with their journalism. Louis Theroux, a well established journalist, takes a close look at several families who have a child with Autism at different stages in their life. This documentary does not turn the cameras off when the tantrums start. One mother explains, “This is what Autism is." Some families are more optimistic than others.

Synopsis: "After his wife dies of cancer, an overworked engineer struggles to care for his son with autism. His son in response to bullying regresses into a fantasy world escape."

While A Boy Called Po might seem depressing (as the plot deals with a single, widowed father raising his son), we believe the fantasy elements are very up-lifting. This is definitely one for the family.

Synopsis: "Diana hires Luz to take care of her autistic son but soon suspects the nanny has sinister intentions."

We were hesitant in including this one to the list, but it met our requirements of having a key focus on a disability, so we kept it. If scary movies aren't you thing, maybe skip this one. But: the inclusion of Autism in this film makes for an interesting twist on the standard supernatural plot. 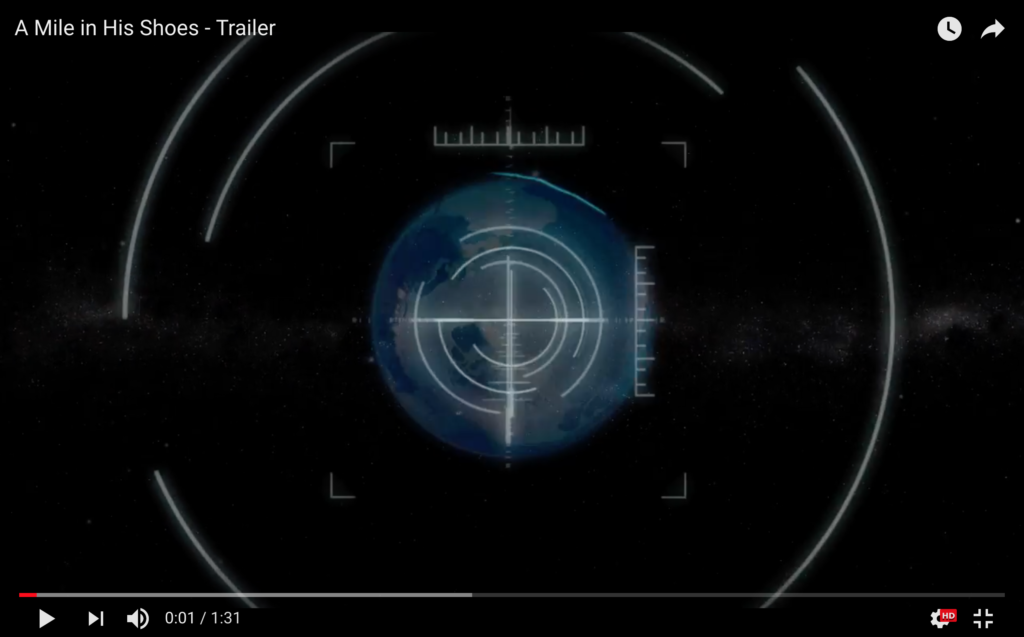 A family film with a focus on baseball, the only sports film on the list. This film gives hope for children with disabilities and can lead to positive discussion with your child.

Synopsis: "A developmentally disabled man obsessed with the Fonz, guns and all things kinky poses a challenge for his arrogant brother when he moves in with him."

A more adult film that can be funny (depending on your sense of humor) demonstrates overcoming hardship.

Synopsis: "In this coming of age documentary, four friends on the Autism spectrum whom have bonded through humor and performed as the comedy troupe "Asperger's Are Us" will prepare for one final, ambitious show before going their separate ways."

Guys doing what they love, making some friends and making some jokes. Always a great project to see in the works. These guys just happen to be on the spectrum.

Synopsis: "The life of Robert Gagno, an autistic pinball player."

Reminiscent of The Who's Tommy, Wizard Mode takes a look at one of the greatest pinball players and his journey into independence.

To read more about stroke survivors, check out our Stroke Victim page our our website.

Synopsis: "Lotje Sodderland journeys into her own brain to recover and rehabilitate after a hemorrhagic stroke leaves her unable to communicate."

Synopsis: "Spiritual teacher and ‘60s icon Ram Dass meditates on life and death at home on Maui 20 years after suffering a life-altering stroke."

To find out more about cerebral palsy, check out the Cerebral Palsy page on our website.

Maturity Rating: R for some violence including disturbing images, language and a brief image of graphic nudity.

Synopsis: "Christy Brown, born with cerebral palsy, learns to paint and write with his only controllable limb - his left foot."

Synopsis: "Christy Brown, born with cerebral palsy, learns to paint and write with his only controllable limb - his left foot."

To learn more about blindness, check out the Blindness page on our website.

Best and Most Beautiful Things (2016)

Synopsis: "In a celebration of outcasts, a precocious young blind woman vanishes into quirky obsessions and isolation. With humor and bold curiosity, she chases love and freedom in the most unexpected of places: a provocative fringe community."

Runtime: 2 seasons - 13 episodes each about 50 minutes each

Synopsis: "Matt Murdock, with his other senses superhumanly enhanced, fights crime as a blind lawyer by day, and vigilante by night."

Synopsis: "Based on the audio diaries of academic and theologian John Hull, this film offers an impressionistic re-creation of his slow descent into blindness."

To learn more about physical disabilities, check out the Special Needs We Service page on our website.

Netflix Original The Fundamentals of Caring (2016)

Synopsis: "A man suffering an incredible amount of loss enrolls in a class about care-giving that changes his perspective on life."

Not all of us can control what we see on our televisions. But we can all help in our own way. Even if you could only donate as little as $10. Donating $10 is as easy as watching a film on Netflix and not going to the movie theater. It could mean a world of happiness for one of our students.

Register as a Volunteer

If you are local in the Dallas-Fort Worth area, you can enroll as a volunteer with the Achievement Center of Texas. We are eager for more help and are willing to accommodate­­­­­ your schedule. If you are especially eager to help with a certain part of the Achievement Center of Texas we will accommodate that too. For more information click the button below. Giving back to the community will help you sleep at night and you get to give back to the community too.

Charlie Haskell is a student at UNT. He’s a huge DC comics reader and has a guilty pleasure of campy film. He is volunteering as a blogger because he saw the opportunity to help those that couldn’t help themselves. You can find more information about Charlie at his website www.beardedjustis.com.

Shows and Movies about Special Needs on Netflix
The first time you visit this site, a browser cookie is generated to identify you as a new visitor. If you were referred to this site by another site, the referral URL is also tracked in a cookie. This allows us to create customized messaging and notices for each of our site visitors. This data is retained in your web browser until cleared by you or your browser. We use cookies to ensure that we give you the best experience on our website. If you continue to use this site we will assume that you are happy with it.OkRead more